Scientists have finally determined the causes of short-sightedness 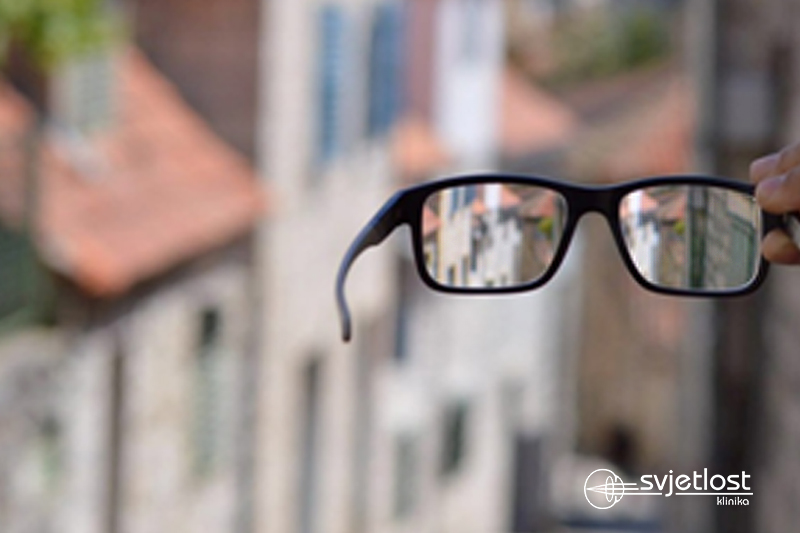 The short-sightedness is affected by genetics, but also by other environmental factors such as a lot of close-ups and reduced staying in the sun and the open space.

In the last few years there is a lot of talking and writing about great increase in the number of short-sighted people. Scientists also describe it as an "epidemic of short-sightedness" that is particularly pronounced in the US and the countries of eastern Asia. In the US, even half of the young people have a minus dioptre , and in China, Japan or Korea even more than 80%. There is an increased number of people who need eye glasses or contact lenses for good vision at distance in our country as well.

For those who don’t wear glasses due to age (after 40 years, eye accommodation starts to weaken/lower and there’s a need for reading glasses over time), more than 95% of people are short-sighted (myopia) and only 5% have plus dioptre and their vision is blurred when looking close but also at distance (hyperopia).

The short-sighted people see good near but not at distance. The length of the eye without a dioptre is 24 millimetres. In the case of short-sightedness, the distant vision is blurred because the eyeball is elongated (1 millimetre represents 3 dioptres) and the lens in the eye focuses the light in front of the yellow spot and not on itself as the centre of our sharpest vision at the back of the eye. Most often, eye growth is synchronised with body growth and dioptre stabilises when puberty ends.

For centuries, people like the astronomer Kepler thought that much of their work on proximity (reading, writing) is the cause of "visual impairment". Scientists have seen genetics as the major cause of dioptre formation in recent decades. Research shows that much of the shortness inherits, but how does it explain its growth in the second half of the 20th century?

Scientists have noticed statistics that show that short-sightedness is nearly three times more frequent in people who live in cities, than in those who live in villages (“life in a box” phenomenon). Recent research findings from the Dutch team of scientists have confirmed the hypotheses of the well-known Rotterdam study (1990-2008) that the elongation of the eyeball and the formation of short-sightedness are in direct contact with greater eye exposure to the objects close to us. But that is not the only reason.

Since 2008, researchers from the University of Sydney have studied two groups of children with the same percentage of short-sighted parents. One group lived in Singapore, and another (also of Singaporean origin) lived in Australia. The results were astonishing - only 3.3% of children from Australia developed short-sightedness compared to 29.1% in Singapore. How to explain the difference? First of all, living conditions - children in Australia did not have fewer tasks and duties in proximity than children in Singapore, but they spent much more time outside (13 hours a week compared to 3 hours a week).

But later research has shown that the reasons are not just staying outside, outside the "box". Less probability of minus dioptres development is associated with dopamine, a neurotransmitter more commonly known as a "hormone of happiness". An appropriate cycle of dopamine that affects the normal growth of the eye is associated with enough natural light. Certainly, that does not mean that our eyes shouldn’t be shielded from UV rays, or even less so that our eyes should be exposed to looking at the sun.

However, children should stay outdoors, at least as long as they spend at close proximity (drawing, reading, playing with toys, watching mobile phones, tablets, computers, or TVs). This was confirmed by a study published last year (Caroline Klaver et al.) which found that the lower serum levels of vitamin D in children were directly related to the development of short-sightedness. We know that our skin produces vitamin D primarily through the sun rays, so vitamin D is often referred to as the sun's vitamin.

How to solve a dioptre?

Everyone wearing glasses or lenses knows what kind of problems they encounter daily. The only way to get rid of them, as well as all the related problems we are more or less aware of, is laser surgery. It removes the dioptre from -10 to +6 and up to -+6 astigmatism cylinders. For bigger dioptres, the solution is the phakic lens implantation from durable materials that correct the dioptre in the eye, and people don’t even feel it. Laser dioptre removal is a painless and effective way to permanently resolve the dioptre in just 10 minutes. It is mostly performed operation being performed at the patient’s request today. To date, laser dioptres have been solved by more than 50 million people. Only in the Svjetlost Clinic, we removed the dioptre from more than 60,000 eyes. We use the most modern lasers (IFS femtosecond lasers for the creation of a corneal flap and Schwind excimer lasers for removing the dioptre) that are standard in the world's best eye centres. Lasers are fully computer controlled to achieve a perfectly accurate result - life without dioptre.

dr. sc. Maja Bohač, head of the Department of Refractive Surgery of the Svjetlost Clinic