Another actor star decided for eye surgery in Croatia 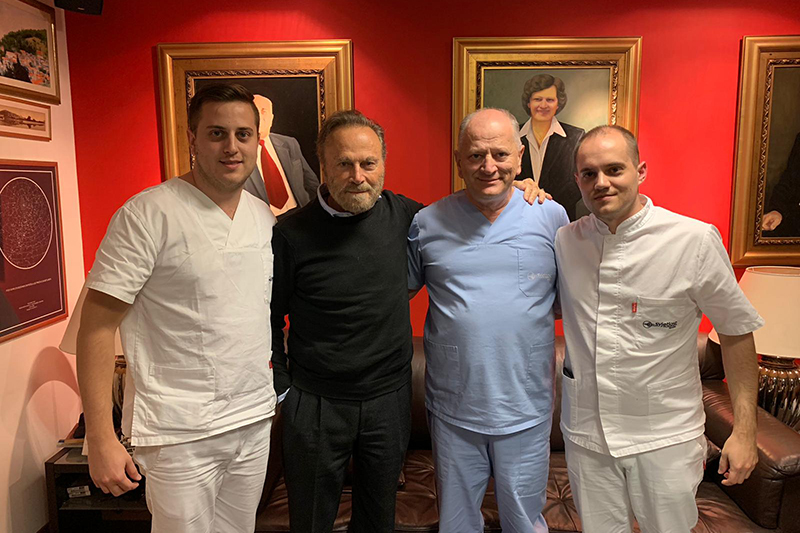 The operation of installing multifocal lenses by which Nero solved vision problems, specifically cataract and dioptre, was done by prof. Nikica Gabrić, Ph.D., MD in co-operation with his team. One more time has confirmed that the best recommendation is verbally one because Franco Nero has decided to do the surgery at the Croatian clinic by the suggestion of a longtime friend and actor Armand Assante.

"Franco Nero could solve his vision problems with his doctors in Rome or London, but he came to the Eye Clinic Svjetlost by the recommendation of our patient. This is the best proof that with the quality work we gain the trust of our patients and that even someone from the small country like Croatia can compete with the world's best ophthalmic clinics, "said the founder and director of the Clinic Svjetlost, prof. Nikica Gabrić, Ph.D., MD.

The Italian actor is currently in Croatia for filming The Match, film directed by Jakov Sedlar that will surely attract the public's interest, brings the life story of Branko Lustig and difficult moments of his youth, marked by his stay in the Nazi camp Auschwitz.

"Encouraged by Armand's experience and his enthusiasm with prof. Gabrić and the team of Clinic Svjetlost, I finally decided to solve vision problems, here in Croatia. I'm the happiest when I'm on a set. I like to create, I work my whole life, and that makes me happy. In total devotion to my greatest love – acting, I have been restricted by my bad vision that becomes worse as the years passing by. From today there are no more vision problems because I can see everything around myself perfectly"said the 76-year-old actor.

"After the Clinic in Zagreb, in only a few days, was visited by two true movie icons, and taking into consideration their acquaintances and the positive impressions we have left as experts, we hope that there will be arrivals of other famous people from all over the world. Health tourism does not happen by itself, and we hope this is just the beginning and that in upcoming years an increasing number of patients will come from abroad "- added prof. Gabric, Ph.D., MD about the interest of film legends.