Eyesight restored after 16 years: the first transplant of stem cells of the cornea performed 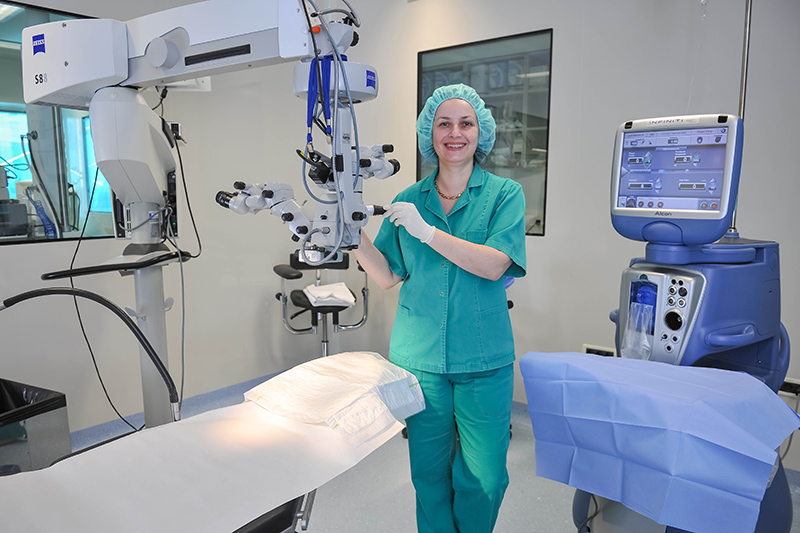 The first transplant of stem cells of the cornea in this part of Europe was performed at Svjetlost Eye Clinic. Thanks to this surgery a 30 year old patient regained his eyesight, 16 years after injuring his eye with tear gas.
Zagreb, 23 March 2017 - Thanks to the first transplant of stem cells of the cornea performed at Svjetlost Eye Clinic, a thirty year old patient regained sight in the eye in which he had completely lost vision, due to a tear gas injury which occurred more than 16 years ago. "This is the first surgery of this type performed not only in Croatia, but also in the region. Elsewhere in Europe it is performed only in Croatia, London, Milan and at a clinic in Germany", said professor Iva Dekaris, Medical Director of Svjetlost Clinic, the leader of the project which has included three surgeries so far.

The transplanted stem cells were cultured "in vitro" at a tissue bank of the Zagreb Traumatology Clinic and the introduction of this method, which can restore eyesight after a corneal injury, is a result of a successful cooperation between the Croatian private and public health sector. Besides placing Croatian ophthalmology at the very top in Europe and the world, this achievement will also bring savings to the health system, because this internationally recognized treatment method can now also be performed in Croatia at a much more favorable price. 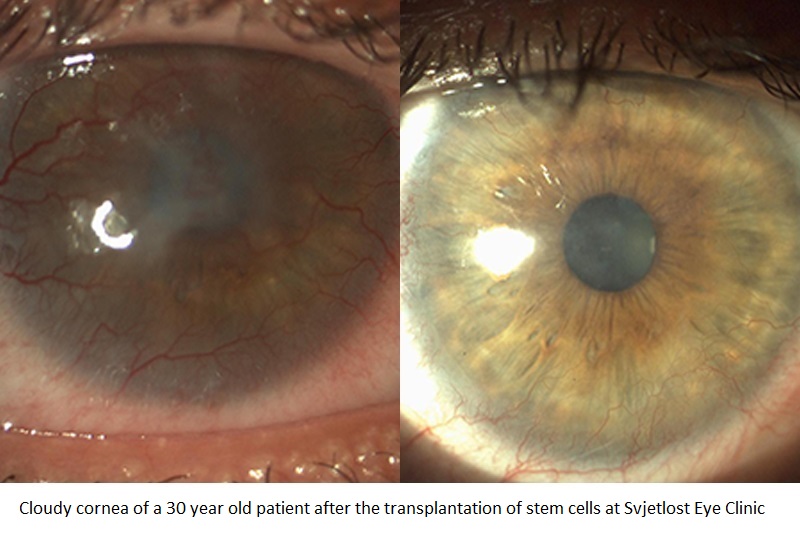 "This is the only method which can restore eyesight to persons who lost it due to burns, explosive injuries or the effects of acids and alkalis on the eye surface, causing it to become cloudy", says professor Dekaris. "In such cases, corneal transplant as the standard treatment method for corneal opacity cannot be successful because we do not have stem cells as a healthy medium which would enable the transplant to sustain life", explains professor Dekaris, who has performed more than a thousand corneal transplants and was the President of the European Eye Bank Association.

By using the new method, the stem cells are regenerated in a way that some of them, sized 1-2 mm, are extracted from a healthy eye of the patient, which is completely harmless for a healthy eye, and then by culturing these cells in a dish ("in vitro"), they are multiplied up to the needed quantity. Then, in two weeks, they are transplanted as a sheet to the sick eye. "When such stem cells regeneration results in a needed vision improvement, the treatment is stopped. And if there is still corneal opacity left, it is possible to perform a successful transplantation within 6-12 months", says professor Dekaris.
Several patients are currently undergoing this program, and we will finally be able to help them regain their vision after so many years. These are generally young and employed persons, who mostly sustained occupational injuries, so we are especially glad to be giving them back what was taken from them in an accident, a view of the world which they once had", say the doctors at Svjetlost Eye Clinic.