Can modern medicine prevent the progression of short-sightedness in children? 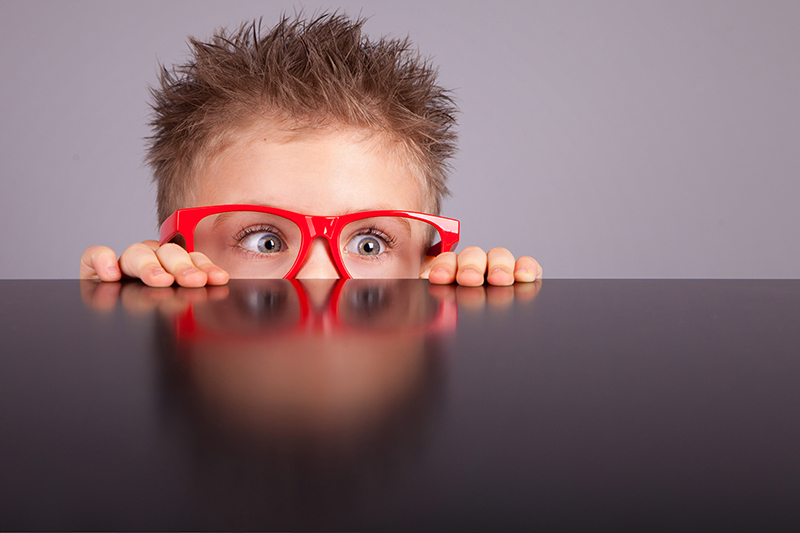 Although children should be limited to watching the screen for too long because it tires and dries the eyes and harms the child's social development, we still have not been able to prove the direct link between long-term work on the computer and increased dioptre growth.
The occurence of short-sightedness in children is caused by excessive eye growth in length, and the consequence is primarily the genetic inheritance of a person. It’s subject to the lifestyle and circumstances in which the child grows in a smaller measure. While some promising researches are underway, for now, none of them have been firmly proven as a safe method to use to reverse the growth of short-sightedness.

Why is the dioptre growing?
Today more and more people wear glasses. In the second half of the 20th century, only a quarter of the population was short-sighted in the United States, and today the percentage has risen to 42%. Research shows that by the year 2050 half of the world population could be short-sighted. It is also evident that in some ethnic communities, for example in China and Japan, more people wear glasses than in some other parts of the world. In China and Japan, 80% of people are short-sighted.
In the public, the growth of dioptre in children (and the human race in general) is often associated with increasing work on the computer, because the eye must adapt (accommodate) when watching close, what requires some effort. It is widespread that the dioptre increases due to computer work and that children need to limit the time spent on the cell phone or computer. Although children should be limited to watching the screen for too long because it tires and dries the eyes and harms the child's social development, we still have not been able to prove the direct link between long-term work on the computer and increased dioptre growth. A similar logical principle is based on an attempt to slow down the growth of the eye and thus the dioptre droplets (Atropine) that block the accommodative apparatus and bring the eye to sleep and relaxation state. On several occasions, studies and clinical studies have been conducted but the effect was uncertain and short-lived. If the drops ceased to use, the dioptre would suddenly grow again.

Attempts to prevent the growth of short-sightedness

There is also an idea of mechanical pressure on the eye to prevent growth in length, and in practice it consists of prescribing a hard contact lens (orthokeratology “ortho-k”) that is put overnight to push the front of the eye and reduce the growth of the eye length, and is taken off over the day to not interfere with vision. Likewise, in some parts of the world, an extra layer of tissue is placed on the back of the eye, which should keep the eye out of growth in length. Unfortunately, none of the other methods, though logical in the basic idea, have proved effective.

In various studies of the possibility of slowing down the growth of dioptres, it has recently been shown that the dioptre is less developed in children who have stayed in daylight for a long time. Namely, it has also been scientifically proven that sunburns stimulate the secretion of the hormone (dopamine) that slows the growth of the eye and that such children have a lower growth in dioptres than children who spend more time indoors. It’s still not known exactly what amounts of the said substance are required for such an effect and whether it would have the effect of artificially synthesizing it and giving it to children, but the results are encouraging for now.
After all modern medicine and really sophisticated methods of treatment, while awaiting definitive scientific confirmation, with our daily care of our children with a regular visit to a doctor, we should also make sure that the children play outside in the fresh air and the sunshine. Didn’t our grandmother say that to us?