You are younger than 35, your dioptre is constantly changing, and you can never achieve visual acuity you used to have? 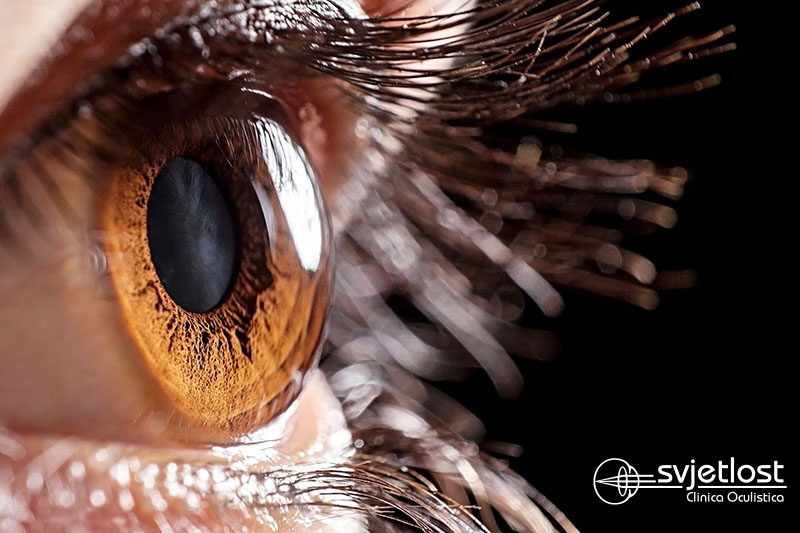 With the keratoconus the cornea is sharpens forward as a tent, gets deformed and laminates as a balloon we inflate. At some point this balloon can crack. However, the cracks on the cornea surface are micron sized and closed immediately, leaving a scar. Scars that lead to significant visual impairment shrink and thicken with continuous repetition of this process.
You experience stated case? Be sure to check with an ophthalmologist because it may be a keratoconus!

Keratoconus is a progressive deformation of the cornea that can already occur in childhood.
The most frequent symptom is the frequent alteration between glasses or contact lenses for the visual acuity decrease. By changing the previous correction method in the initial phase, maximum vision is achieved. However, the progression of the disease makes cornea more and more deformed and changing optical equipment no longer yields the desired visual acuity. That is the main reason why patients are referred to get detailed ophthalmological testing. Keratoconus can be detected quite accidentally when a patient comes to be tested for laser surgery removal of the dioptre, and in such case, is by no means a candidate for the said procedure. The keratoconus infected cornea is thin, irregular, and as such, unsuitable for laser treatment, as it further thins with all the consequences the thinning brings.

What actually happens with keratoconus?

It is believed that patients with keratoconus have a softer cornea, meaning protein and collagen connections are weaker and less represented already with birth. Such a cornea is subject to deformation which can be enhanced by constant rubbing of the eyes due to allergy, but also due to the long-lasting wear of hard and semi-hard contact lenses. The healthy cornea is translucent, has normal toughness and the shape of a football half ball. With the keratoconus, the cornea is sharpening forward as a tent, gets deformed and laminates as a balloon we inflate. At some point, this balloon can crack. However, the cracks on the cornea surface are micron-sized and close immediately, leaving a scar. Scars that lead to significant visual impairment shrink and thicken with continuous repetition of this process. These patients have a highly deformed image of the observed object. The ultimate outcome can be corneal transplantation, thus replacing the deformed with a new healthy cornea.

Who gets infected the most?

At a certain percentage, keratoconus is inherited, but in many cases, it’s the first occurrence of this disease in the family. Although it has been neglected for a long time, statistics have shown that male are significantly more frequent than female patients. Keratoconus is a disease of quite young and younger populations. The fastest progress is at the age of 25, slightly slower around 35 years old, and after 40 years of age, it usually stops completely.

What is Cross linking and how is it performed?

The year 1998 is a turning point in the treatment of keratoconus. Then, the Collagen cross linking method starts according to the Dresden protocol, to slow down the progression of the keratoconus and possibly permanently stop it. This is not about surgery, but about the simple procedure that is performed in local drip anaesthesia. High-dose of B2 vitamins are applied to the prepared cornea. It is a thick yellow-green liquid marked as Riboflavin. It’s dripped every 3 minutes for half an hour. After that, the cornea is radiated with a UVA lamp for another half an hour. The combination of radiation and B2 vitamin (Riboflavin) leads to a chemical reaction that enhances collagen bonds and thus strengthens the cornea. Recovery is relatively fast, a patient can return to daily activities as soon as possible. Despite the appearance of new, modified protocols, the Dresden Protocol is a gold standard and is the most accomplished in the world of Cross linking, so-called stabilizing keratoconus.

Cross linking strives to keep the current state of the cornea, and improvements are seen in both the cornea and the visual acuity often. After the procedure, the patient continues to wear contact lenses or glasses as before. Cross linking is proportional to rising optimism and has reduced the need for corneal transplantation and enabled a brighter view into the future for many patients of Svjetlost Eye Clinic.