A foreign body in the eye

A foreign body in the eye can be anything - from dust, plants, glass to metal. When a foreign body is found in the eye, it means that it pierced the cornea and sclera and damaged the internal structures of the eye such as the iris, lens, or in the most severe cases, the retina. The retina is the innermost structure of the eye that allows the conversion of the light stimuli into a nerve signal that is transmitted to the brain, where it creates the image that we see. Foreign bodies entering the eye at high speed are the biggest threat to the eye. 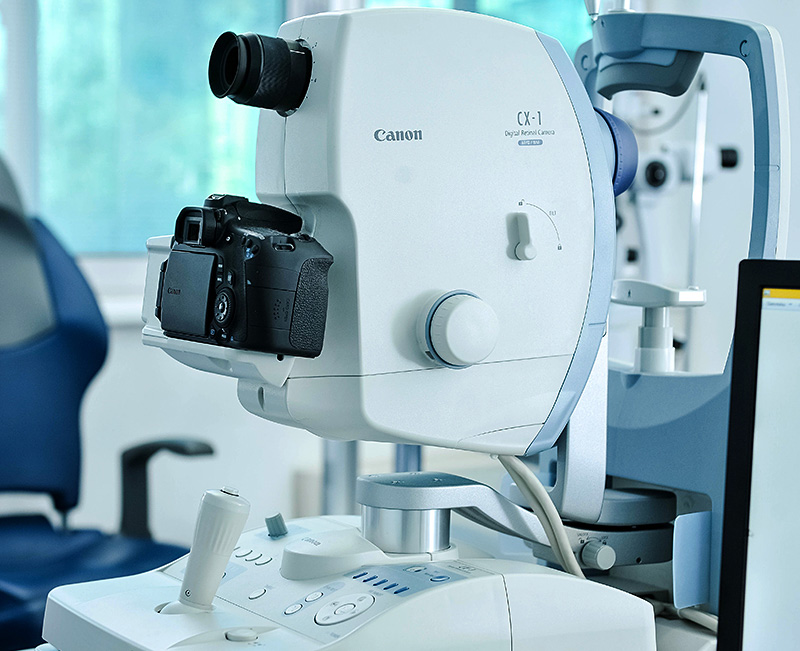 What are the most common symptoms of a foreign body?

The most common symptoms of a foreign body in the eye are: a sense of discomfort or pressure in the eye, pain, tearing, photosensitivity, increased blinking, inability to open the eye, redness or bruising of the eye. Foreign bodies most often cause scratches or cuts/corneal erosions. These injuries are usually minor and disappear after the treatment with antibiotic drops and insertion of therapeutic soft contact lenses. If in addition to these symptoms, a leak of fluid or blood from the eye or sudden visual loss also occurs, you must immediately contact an ophthalmologist because there is a great risk that there is a foreign body present that has penetrated into the interior of the eye. Most often such injuries occur during the hammering of metal.

Examination of the eye with a foreign body

At the examination, an ophthalmologist will instill anesthetic eye drops so that they could thoroughly examine you and remove the foreign body from the cornea or conjunctiva. We will color the eye with fluorescein dye to see how big the cuts in which the color builded up are and whether there is a sign that the cornea was pierced. Mandatory part of the examination is also dilating the pupils by instilling drops to thoroughly inspect the internal structures of the eye. The foreign body can be seen directly. If there is bleeding, then the check-up will also include an ultrasound of the eye.

How is the foreign body removed from the deeper part of the eye?

What is the prognosis?

Piercing injures can cause corneal opacity, which can be treated by corneal transplant; lens injuries that cause cataracts and damage to the retina that can cause retinal detachment, or retinal detachment, are treated with vitrectomy. The final vision depends on the damage caused by the foreign body inside the eye, but also on the length of the procedure and the skill of the doctor.

Why should you choose the clinic Svjetlost?

Surgery can be organized within 24 hours for 365 days a year. With eye injuries, we can treat the injury of the cornea, iris, perform cataract surgery and remove the foreign body and repair the damage to the retina. Surgeries are performed under local anesthesia in the presence of an anesthesiologist who monitors the vital signs. Since with piercing injuries it is very important to react quickly, especially because of the risk of infection, the chances for a better recovery are higher. After surgery, the patient can stay at our infirmary while being under constant care and given intravenous antibiotics. They are also monitored by a doctor on a daily basis with the possibility of re-intervention.
More Information
MAKE APPOINTMNET