The operation is suitable for people with negative diopter values, with astigmatism up to 3.0 diopters, in mild irregularities of the cornea, in cases of a thin cornea and corneal scars. 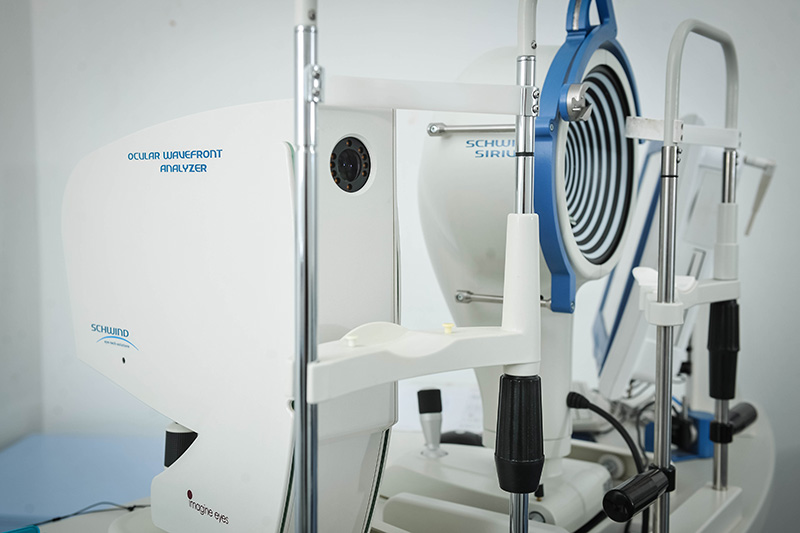 The oldest method of laser vision correction. It was performed for the first time in 1987. The method involves mechanical removal of the epithelium (the renewable superficial layer of the cornea) and then remodeling of the cornea with an excimer laser. The epithelium is usually removed with a knife or a rotating brush. After the treatment a "wound" is left on the eye which needs 3-5 days to heal. The surgery itself is not painful, but the postoperative recovery in case of this method can be uncomfortable. Generally, the recovery of visual acuity depends on the epithelial healing. Complete stabilization of vision quality often takes up to several weeks. Today the epithelium is generally removed mechanically in repeated surgery and in case of certain irregularities of the cornea, while in other cases a more modern version of the method is used.

(T-PRK, TransPRK, No touch PRK). Transepithelial PRK is the latest PRK method in which the epithelium is removed by excimer laser. The company Schwind on its Amaris laser makes PRK possible without touching the eye, i.e. the epithelial layer and diopter are removed by laser in one step, without the hand of a surgeon.

T-PRK method in relation to the standard PRK, and in particular the fact that the entire procedure is performed in one step, has led to a significant reduction of postoperative discomfort and pain for the patient as well as to the faster healing of the eye, and therefore, a faster visual recovery. At Eye Clinic Svjetlost T-PRK method is exclusively performed with the use of Schwind Amaris 750S laser.
More Information
MAKE APPOINTMNET